Bio: Capt. Andrew R Sadock
Halfway through medical school, while studying to be a pediatric psychiatrist,I decided to switch direction to journey and study holistic healing with indigenous healers from Tibet, India, China and Ecuador. Eventually, I worked as a holistic healing practitioner at Esalen Institute (Big Sur, California) and was fortunate to have 3 books published (Wisdom Moon Publishing). I inadvertently learned how to sail while living aboard a sailboat (Sausalito, California). I served as a captain aboard architectural tour boats at Chicago’s Navy Pier, safely carrying 300,000 passengers on 3,500 trips. I bought “tall ship” Red Witch in 2011, sailing in Chicago until moving Red Witch to Kenosha in 2016. I serve as captain aboard commercial tour boats in Santa Barbara, California during winter months. And I created Kenosha Affordable Storage in 2021.

Tall Ship Red Witch offers private events and public sails in Kenosha (since 2016). I also offer holistic healing and counseling services (and play in a band that offers musical concerts).

ARE SAILBOATS PUSHED AND/OR PULLED BY THE WIND? HINT … SAILING = FLYING

Here’s a hint … how is it that a 100-ton aluminum tube (aka airplane) can fly (be lifted off the ground)? An airplane’s wings create “lift” as the top of a  (typical) wing is longer than the underside. Thus, if two molecules of air hit the forward aspect of a wing at the same time – one molecule of air above the wing and the other molecule of air below the wind – the molecule of air above the wing must travel farther than the molecule beneath the wing, and hence a greater relative density of air molecules exists beneath a wing (with a relative vacuum above a wing). This phenomenon is defined as “lift” (Bernoulli Principle). So the foils (wings) of an aircraft create lift, causing the 100-ton cylinder to fly.

Similar to an airplane’s wings, the sails of a sailboat are foils (with a curved surface) wherein the outer (convex) aspect of a sail creates a relative vacuum (decreased density of air molecules) – aka “life”, which pulls the sailboat toward the wind (source direction).  So similar to the lift created by an airplane’s wings (foils) that life the airplane to flight, a sailboat’s sails (foils) create lift that pulls the sailboat toward the source of the wind.

The good news – whether or not this explanation makes sense – all you need to do to enjoy a sail (aka flight!) aboard Red Witch is to show up! You need not know how to sail, need not know the theoretic math and physics underlying the fundamentals of sailing. All you need to know is how to relax and view the profound beauty of Lake Michigan, sky and Kenosha’s shoreline.  Leave the flying to us! 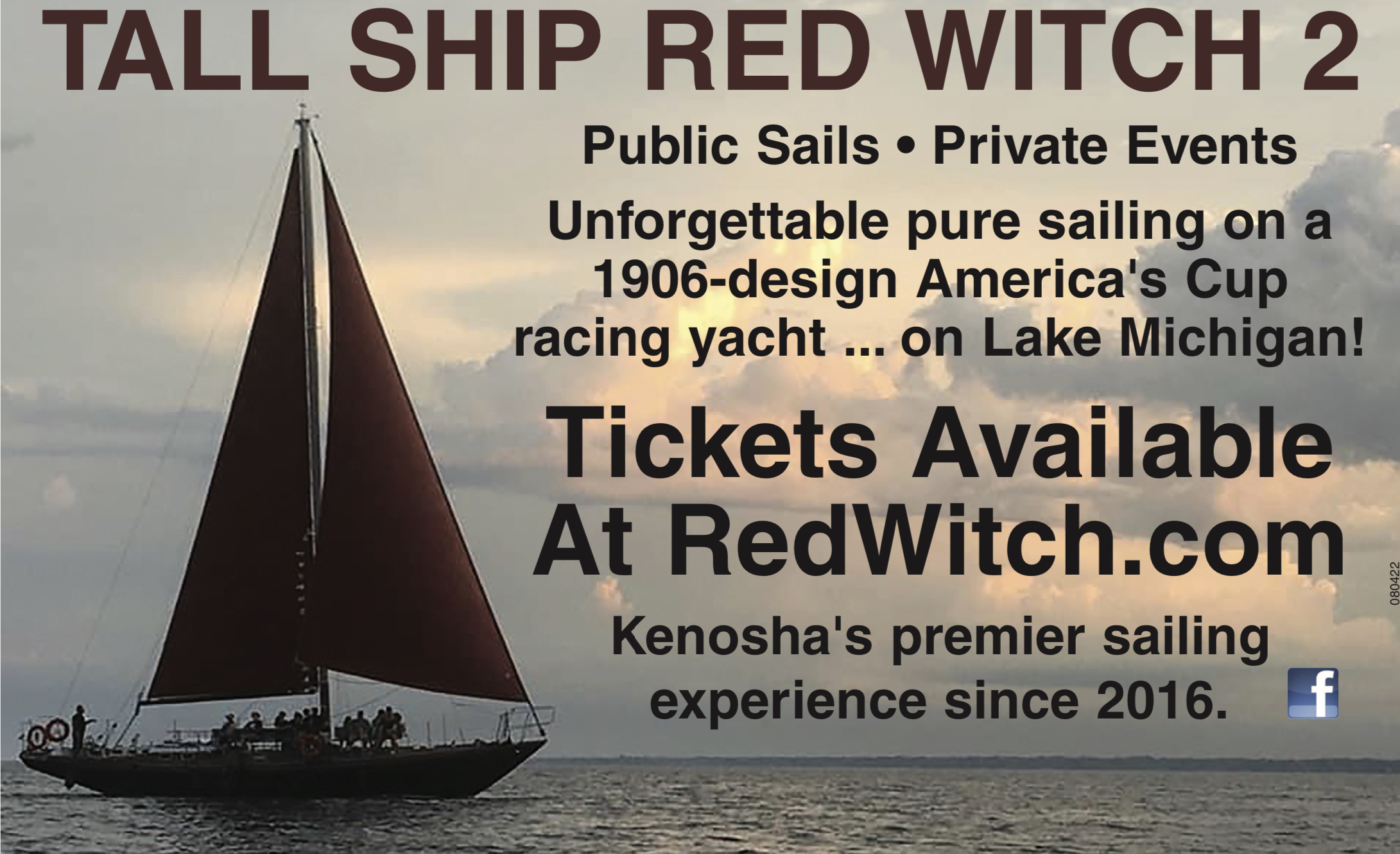