Matt Geary is the owner/operator of PUBLIC Craft Brewing Co., currently located at 716 58th Street. Visit their website for more!

We hear you are moving soon, any details on the new place? The new location will take up nearly the entire basement and first floor of the historic Barden Building. You will be able to look through glass out over the basement level brewing equipment from the taproom on the first floor. We’re working hard to combine PUBLIC’s existing vibe with the building’s department store history and create a beautiful new space. The first floor will also feature a dedicated music venue space so that live music doesn’t interfere with the conversational vibe in the taproom. That means we’ll be bringing even more regional and national bands to Downtown Kenosha! The last major addition to the PUBLIC experience is a full kitchen! I can’t share the menu yet, but rest assured we’re going to put the same focus on creativity and quality on our food experience that we do on our beer. We can’t wait to show everyone what we’ve been up to!

What makes PUBLIC special? I think what makes PUBLIC special is our focus on bringing people together around the things they’re most passionate about, beer, music, art, food. Having a place to share and appreciate the fruit of our community’s creative labors is really why PUBLIC exists. In the new space, we’ll get to combine all these things into the bigger, badder craft beer experience I’ve always wanted to offer right here in Downtown Kenosha!

What were your inspirations for the new upcoming location? There are a few things that have served as inspiration to expand/move PUBLIC. First was production capacity. We just ran out of space to make enough beer. When it started becoming a real possibility that we could turn the old Barden building into a brewery, we knew we had some really cool opportunities. I think everyone will see that the new taproom is inspired by the building’s history. I’m so excited to bring life back into such an iconic Kenosha landmark! And the shear size of the building has allowed us to step up our entertainment and be a true music venue with a dedicated performance space.

Any specials events coming up? We’ve always got beer releases, music and comedy events on the calendar, but this year’s Kenosha Craft Beer Week (May 9-16) will be especially significant for PUBLIC because that is our target for our grand opening. We just confirmed an epic indie/soul group called JC Brooks Band from Chicago as our headliner at our May 16th Block Party. Follow us on Facebook to see our full event calendar.

What beer do you recommend? That’s such a hard question because things move so fast! If you live in Kenosha and you don’t know about Bit’s & Pieces Mosaic IPA, then you’re missing out! Seasonally, we have a really fun peanut butter porter called Under Nuttack named after a particularly aggressive neighborhood squirrel. And during the three months this magazine will be out we’ll be releasing our raspberry sour beer, our Sweet Colleen Irish Red, a gluttonously hopped Mardi Gras version of our flagship IPA called BEADS & Pieces and a smoked imperial red ale called No Front Porches. Like I said, things move fast!

What is it like owning a brewery? I think it’s probably like a lot of small businesses. Lots of work, and a little bit of sleep. The difference is that at the end of the day we get to see people having fun and enjoying the experience and the beer that we create. That’s allowed us to build a really great team that thrives on that immediate feedback. That’s the most fulfilling part. That and the festivals. Not too many people get to share hundreds of beers with thousands of people and call it work! 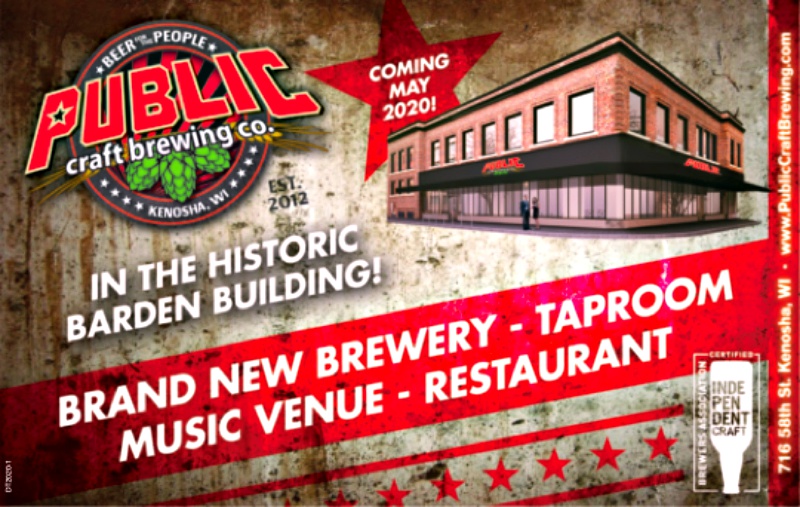