Anton Isermann was one of the early pioneers to the city of Kenosha. Born in Germany in 1829, Isermann immigrated to the United States in 1854 and originally settled in Albany, NY before relocating to Kenosha in 1857.

Immediately following his marriage to Mary Vedessen in 1858, he went into the furniture business. Throughout their long marriage, the loving couple had twelve children: eight boys and four girls.

Anton’s first grand storefront was on the southeast corner of Market (56th Street) and Main (Sixth Ave), which he opened in 1895. Two of his sons, George and Michael, were heavily involved in the business, which was one of Kenosha’s first department stores. Isermann’s carried dry goods, clothing, carpeting, groceries, glassware, clothing, and more.

On Saturday, June 20, 1914, the Isermann Brothers store as many people remember it had their grand opening at their new location  to the northwest at 214/216 Market Street, in the eastern half of a new two-story Chicago commercial style building which features denticulated cornice with corbel-like ornamentation and arched window openings.

The new store will step away from the previous general store approach and establish the family name with men’s clothing; offering a complete line of wares for men, young men, boys, and children. Not even considering the fine products they had to purchase, the store itself was a marvel in design. Large windows let in plenty of natural light across the open floor plan graced in the finest oak woodwork. 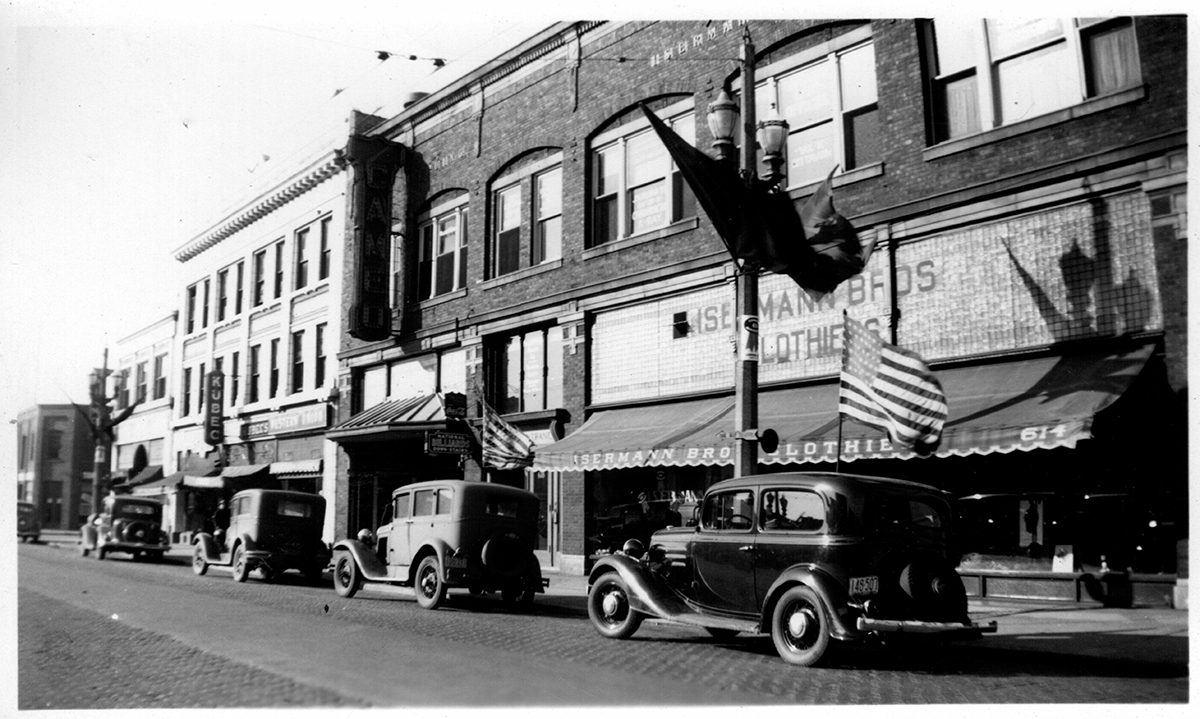 In the roaring 1920’s Isermann Brothers became the go-to place in Downtown Kenosha for the finest in men’s fashion. They were the last word for such fine brands as Kuppenheimer clothes, Mallory hats, and Manhattan shirts.

The streets were bustling with people at all hours of the day. From the daytime shoppers, to the moviegoers at the Burke Theater one door to the west, to the National Bowling Alley billiard and bowling hall in the basement – there was no shortage of foot traffic. For some time, the Isermann Bros clothing store would be open until 10pm on Saturday nights to accommodate the crowds.

In 1971, Mary Kipp took her business she started in the basement of her home to an actual storefront. Her shop sold fake fur, rugs, hobby supplies and more. Kipp proclaimed that all the products she used were made in the United States, hence the name: Furr by US. But Kipp was having trouble finding a permanent home, with stores at 1803 52nd Street, 5805 52nd Street, then 6210 22nd Ave., in the early to mid 70’s. 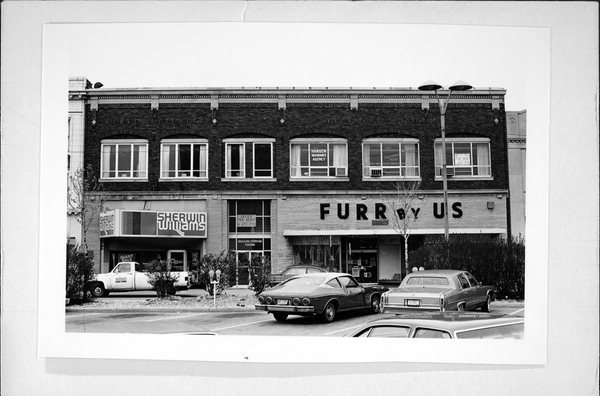 As the 1980s began, Furr By Us began to shift their focus to masks and costumes for all seasons. If you needed a Santa suit, want to dress up as a sexy (or scary) Easter bunny, or looking for a werewolf outfit for a full moon, they had you covered.

Throughout the southeastern Wisconsin area, Furr By Us was the essential eclectic costume shop.  At their peak, they offered over 3000 costumes in stock, and plenty of things to go along with it, including make-up, party favors, and accessories; while still holding on to the original fabrics and furs which made the store so popular to begin with.

By December 1993, Furr By Us closed after over 20 years in Kenosha. Kipp went on to dress visitors in the best linens of the 16th century at the Bristol Renaissance Faire in the Wizard’s Wardrobe shop for the next 20 years.

For a short time in 1996, the building was home to Wilmot’s Rebuilt Washers. The following year for the holidays, the costumes and party accessories returned for a few months with Furr By Us Too.

The building sat vacant for a generation until the summer of 2017 when it was announced that Paul Campagna had purchased the building earlier in the year and was planning on opening a restaurant/hotel.  The Apis restaurant opened in July 2020. In 2021, six custom-crafted hotel rooms and their rooftop bar have opened.