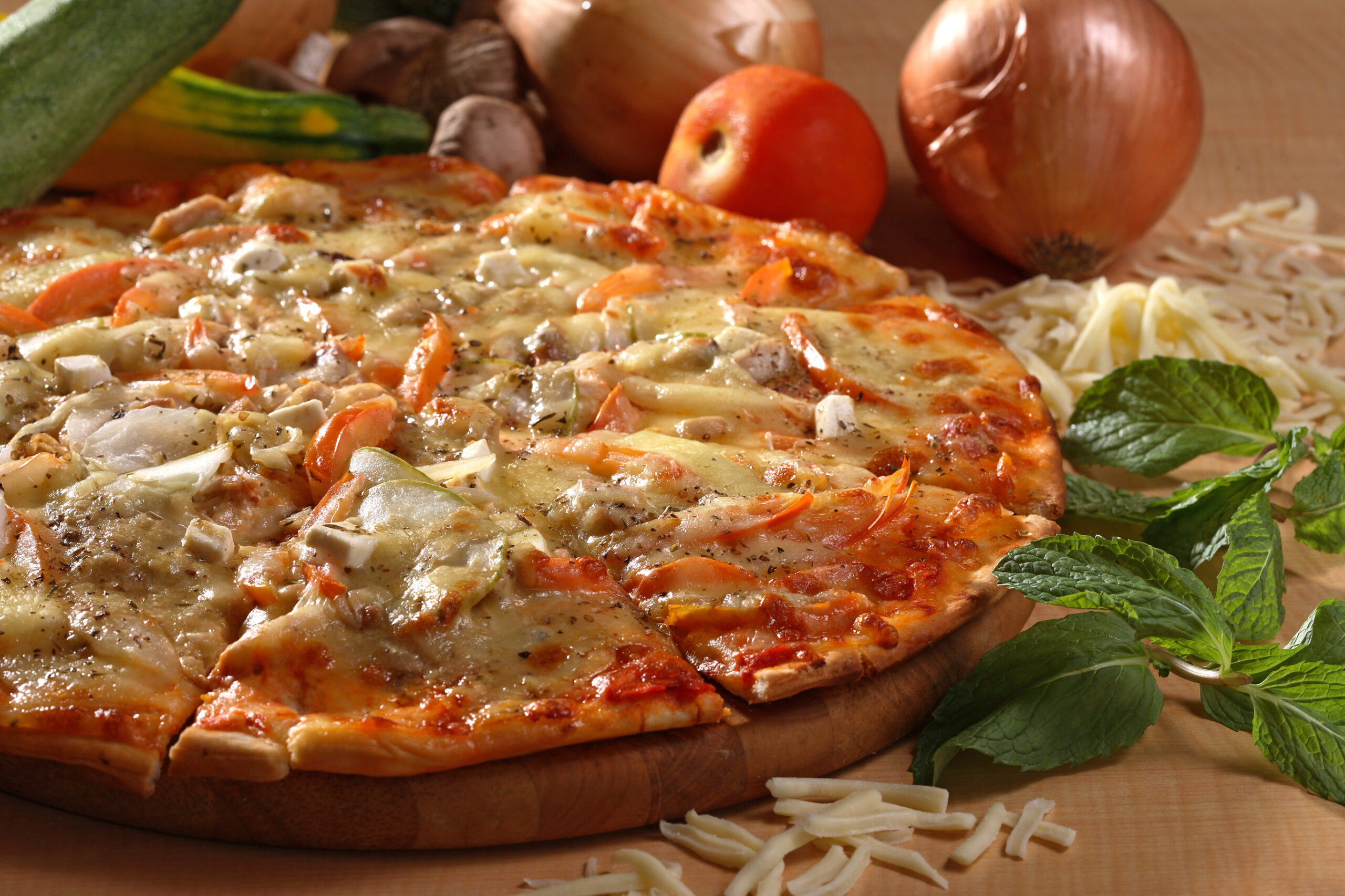 January 25, 2022 — Pizza is a hot topic in Kenosha. We all have our favorites. But Kenosha didn’t magically become what it is overnight. You might not believe it today, but in the late 1940s, pizza was NOT a key part of Kenosha’s identity.

It was not until World War II when thousands of servicemen filtered through Naples and discovered this interesting sauce, cheese and bread concoction. When returning to the US, veterans began to ask local Italian restaurants to make it for them and it grew in popularity very quickly.

The Patio (5030 Sixth Ave, Oriental Inn location) – was one of the first restaurants in Kenosha to really push the ‘carry-out’ pizza system that everyone uses today. They advertised pizza carry-outs in 1947. The place was a hoppin’ joint too I assume with live music and dancing.

The popularity of the pizza pie was growing, with new “delicious” pizzas offered at:
– Pucci’s Pizzeria (inside Stel-Mar Tavern, 2233 Roosevelt Road) is one of the earliest pizza places in town, starting in 1946. They moved to Al Pucci’s Bar and Grill, 2926 52nd St in November 1953.
– The restaurant in the Italian American Club, 2217 52nd St. began serving pizza on Friday nights in 1951.
– Cinelli’s Italian Village, 3300 52nd St., was one of the early ‘traditional’ Italian restaurants. They offered fine Italian dining and opened December 1952.

Grocery stores like Tenuta’s, 3203 52nd St., and Valeo’s Variety Food Store, 50th St and 22nd Ave, were also essential in the growing popularity of pizza in Kenosha. These Italian-owned businesses sold all the ingredients to make your own pizza right at home.

In 1954, Delta Drive In, 3311 Sheridan Road offered a new twist on the classic hamburger with the pizza burger.

In October 1957, Joe Garnero’s Pizza Kitchen became the first carry-out only pizzeria in Kenosha at 3011 Roosevelt Road. Previously, all carry-out pizza places in town were also sit-down restaurants. Not at Joe’s… you had to take it with you. But you could get a free cup of coffee while you waited.

Now, for pizza delivery… that’s a story for another time.