We have some questions about tornados and their effect on our area. So we reached out to Jake Hoey. Jake “The Weather Guy” Hoey
is a freelance meteorologist who graduated from the University of Oklahoma. As well as a interested in the weather, Jake is an avid traveler, having visited all 50 states. Jake is also a recurring guest on Happenings Q&A M-F noon till 3pm. For more up to date forecasts please visit Jake’s Kenosha Area Weather Page on Facebook and follow @KenoshaWeather on Instagram.

What is tornado alley and can you tell us if Illinois and Wisconsin is included?
“Tornado alley” is a loosely defined region of the central United States where tornadoes occur in relatively high quantity. A traditional definition would place it largely in the Great Plains including much of: Texas, Oklahoma, Kansas, and Nebraska as well as parts of: Missouri, Colorado, Iowa, Wyoming, and South Dakota. However this definition has been questioned in recent years, particularly regarding the propensity for tornadoes in the Southeast. A secondary hot spot, sometimes called “dixie alley” has been proposed to highlight that region. Also some have called for the need to extend “tornado alley” farther east so, while Illinois and Wisconsin are not usually included, there could be reason enough to start including them in the future.

Based on past history, research and to the best of your recollection has either Racine or Kenosha experienced a devastating tornado?
To my knowledge, there has not been a tornado stronger than F1/EF1 in the eastern halves of Racine or Kenosha Counties since records began in the middle part of the previous century. However there are stronger tornadoes in the western halves, including a memorable EF3 in January 2008 in Wheatland. Looking for records of strong tornadoes near the western shore of Lake Michigan, one example is an F4 in 1964 in Port Washington, WI, just 2 miles inland from the shore. Also there appears to have been an F4 in North Chicago/Waukegan, IL in 1972 and another one on the south side of Chicago, IL (Oak Lawn/South Chicago) in 1967 that killed 33.

Does Lake Michigan offer protection from tornadoes?
The events cited in the previous answer show that strong tornadoes are possible in proximity to Lake Michigan. However, the lake does have a huge impact on our weather and climate, so to discount it completely would be a mistake. Colder air near the surface of the earth in prime tornado season here (about May through July) does decrease the risk for the type of storms that produce tornadoes. However this temperature phenomenon is severely lessened when strong west winds negate the cooling that comes from the chilly lake waters, and this is often the case with storm development in this region. So the lake probably does offer some limited discouragement for storm development, but we cannot assume we are safe from tornadoes in Kenosha, as the Oak Lawn example so startlingly highlights.

In the event of a tornado, does a highway overpass offer safe refuge? How about the southwest corner of your basement?
A highway overpass is a very unwise location to seek shelter in a tornado. The structure can actually focus the wind in some instances, increasing the danger versus an open stretch of road. A better, though still quite perilous, option is to lie down in a roadside ditch or low area while covering your head. A basement is the safest place to be during a tornado. I don’t think the exact corner of it is as important as remaining down there until the tornado warning has expired or been cancelled. Just because a siren stops ringing or the rain/ wind gets lighter does not mean the danger has passed. Stay below ground until you hear an “all clear”. 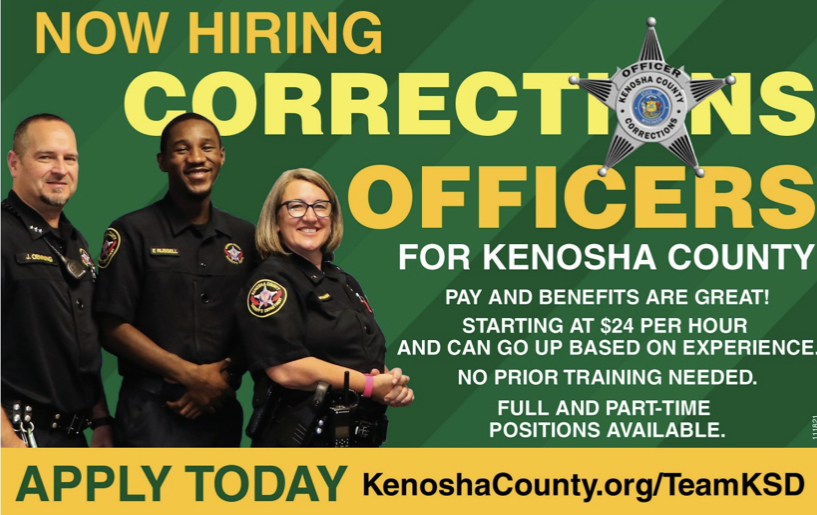 Do manufactured or mobile homes attract more tornadoes?
Mobile homes do not attract tornadoes. They are, however, more susceptible to destruction by a tornado than a sturdier structure. So the danger for an occupant is larger than an occupant of a house especially if the house has a basement or storm cellar. For very strong tornadoes, getting below ground level might be the only way to survive a direct hit.

Should you open the windows in your home to equalize pressure?
No, this is a waste of time. Most tornadoes are strong enough to damage a house regardless of pressure differential. Focus instead on seeking shelter, preferably below ground or in an interior room on the lowest level away from windows.

What about tornadoes in the winter, are they more dangerous?
Wintertime tornadoes are less common and theoretically should be weaker given lesser atmospheric “ingredients”. However a couple factors could make them more tricky to deal with compared to warmer season storms. For one, the sun sets sooner in winter. This means more hours of darkness and after dark tornadoes are more difficult to spot, identify, and track visually. This could lead to fewer storm spotter reports and might even result in delayed warnings compared to summer. Another problem is lack of preparedness among the population. People are probably less worried about the threat for severe weather in January than they are in June. This could lead to complacency and people not taking watches/ warnings as seriously. A tornado can strike in many parts of the US at nearly any time of year, as the recent events in Kentucky, Arkansas, Missouri, Tennessee, Illinois, and other nearby states proved. It is wise to be prepared for the worst, just in case.

If a tornado is bearing down on you and no shelter is in sight is it safer to abandon your vehicle for a ditch or culvert?
It depends on the situation, but usually the ditch is the better option. However, seeking shelter in a ditch is a last resort option. It would probably be safer than remaining in a car because of the likelihood for the car to be flung, which is quite perilous of course. Pretty much any structure with 4 walls would be better than a ditch in a field, though.

This is a list of the deadliest tornadoes in world recorded history.  It may surprise some people to see so many Asian events on this list.  The Bangladesh area is probably second to the “tornado alley” of the US for tornado frequency and intensity worldwide. Parts of Argentina are a close third.  These three locations have two factors in common that promote tornado development: a large nearby mountain range (Rockies, Himalayas, Andes) and a source for warm, humid surface air (Gulf of Mexico, Bay of Bengal, Atlantic Ocean). What sets Bangladesh apart is their very high population density, poor infrastructure for weather warnings, and lower economic development.  Unfortunately this makes their tornadoes often far more deadly than similarly intense tornadoes elsewhere.

Here is a list of deadliest tornadoes in US history.  It may be surprising to see so few events from the great plains on this list, but that has more to do with population density than tornado frequency.  The southeastern US has historically featured a larger population than the west which results in greater danger and/or loss of life from natural disaster.  Somehow, Wisconsin makes the list while neither Texas nor Kansas do.  Tragically, the New Richmond tornado struck while a circus was in town and it remains one of only three tornadoes in the Badger state history to attain F5/EF5 status (the strongest tornado category).  The other two were Barneveld on June 8, 1984 (killed nine) and Oakfield on July 18, 1996 (killed one).

(This Q&A & deadliest tornados piece first appeared in the 12/16/ issue of Happenings Magazine & the Smart Reader) Thank you JAKE! ❤️ 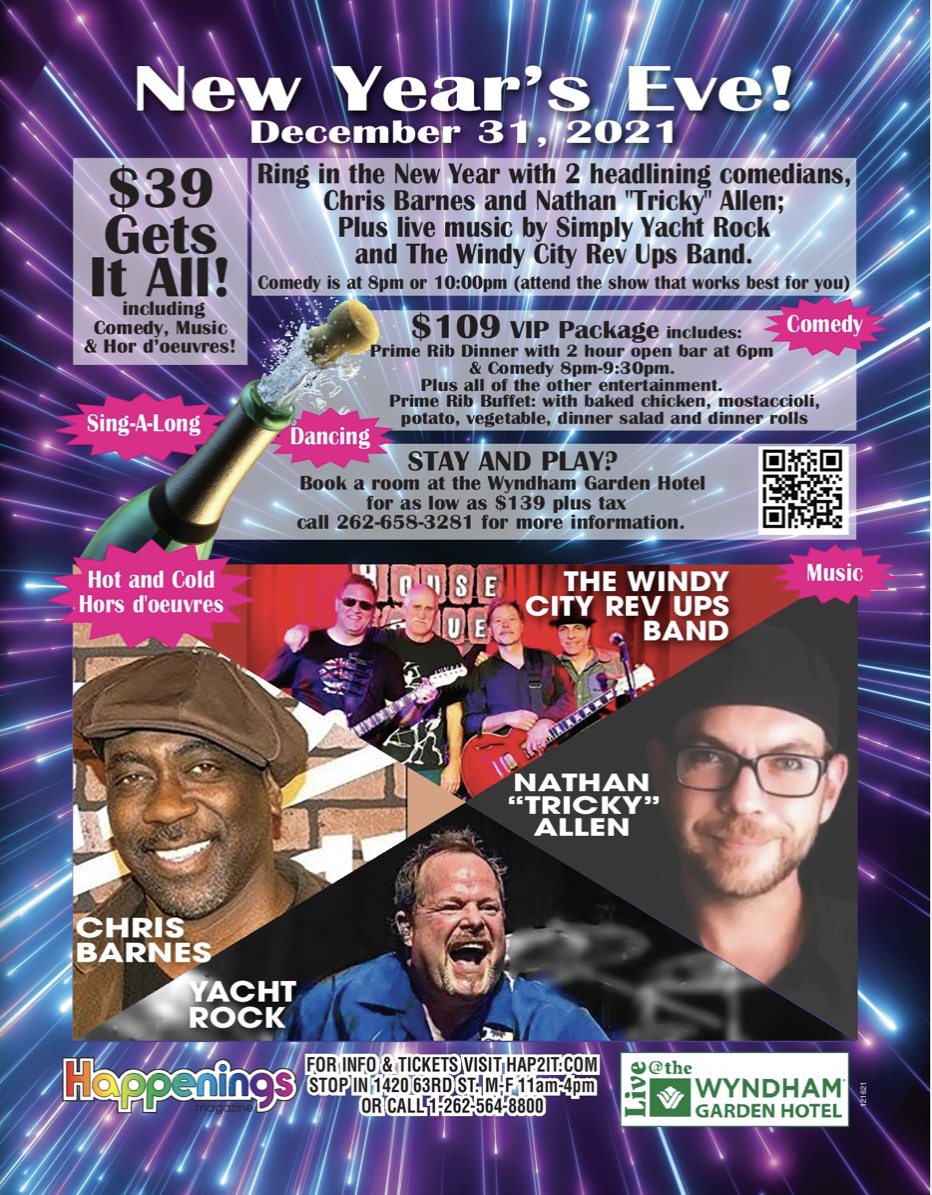