Carl and many other wild turkeys reside in Kenosha and many other cities within the state of Wisconsin. Carl stands out mostly due to his “traffic control” and “vehicle inspections” which he does free of charge — whether someone wants it or not. He stands out for his behavior and because he remains visible to residents within the Forest Park community. Most of the other turkeys around Kenosha have not been as much of an issue, they occasionally hold up traffic while crossing the road, but Carl can be found in the road and intersections enforcing stop signs and speed limits. 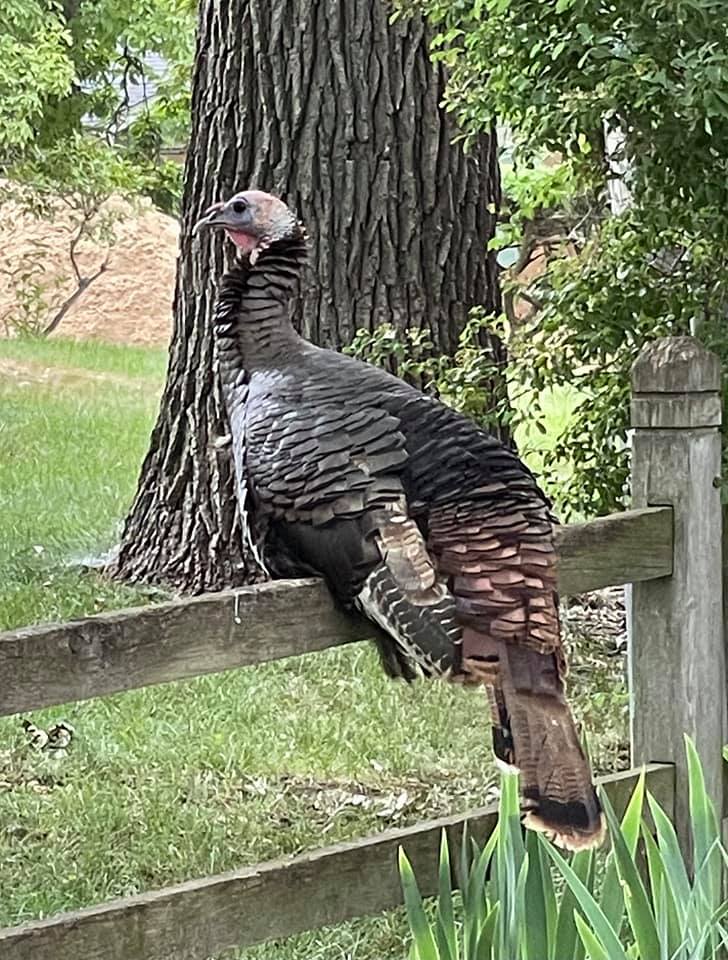 Carl prefers to stick to the grass foraging through people’s yards looking for nuts, berries, and various bugs. Most residents appreciate and enjoy his presence but some are simply fed-upwith his antics. Carl has no qualms about expressing his distaste for lawn ornaments such as sports team flags in the grass, or other decorations. Some residents have joked that he works for a Homeowner’s Association in his free time. Perhaps Carl is self-appointed.

Feeding wildlife is a concern and there has been many debatesabout whether people should even have bird feeders. Carl is a wild bird and does enjoy partaking. There have been reports of people leaving various foods out on their lawns for Carl. As with any wild animal it is best to not feed them at all, but more importantly to never feed bread which can be extremely harmful. Carl doesn’t need food, he is perfectly capable of stealing acorns and walnuts from our resident squirrels, and digging for bugs. Some people have been feeding Carl from their car when they stop, which is very dangerous as he can become reliant on it and it encourages him to go in the street.

Many of the bugs wild turkeys are looking for are destructive and harmful to our plants and homes. Carl is quite beneficial in this way much like most wildlife; bats can eat thousands of mosquitos and opossums thousands of ticks, helping to keep the population down. Carl also enjoys a buffet of bird seed, a bit of gravel or grit which helps digestion.

Some have called Carl aggressive but he has never displayed this behavior towards anyone. When he sees his reflection in a car, he does harass the car by pecking at the tires and strutting (expanding his feathers and posturing). Due to many complaints about Carl there have been at least two attempts to capture him for relocation. The Department of Natural Resources (DNR) in Wisconsin apparently have stated that Carl should be left alone, but they gave leeway to the city if the wild turkey was deemed a ‘nuisance’ to the public. The first relocation attempt was allegedly to relocate Carl to Bong Recreational Park where his familiarity with humans could be disastrous during hunting season. The second time was recently by Fellow Mortals Wildlife Hospital who have a sanctuary for him to live in. Both attempts failed and the residents have been reassured that there should not be any more plans to relocate. 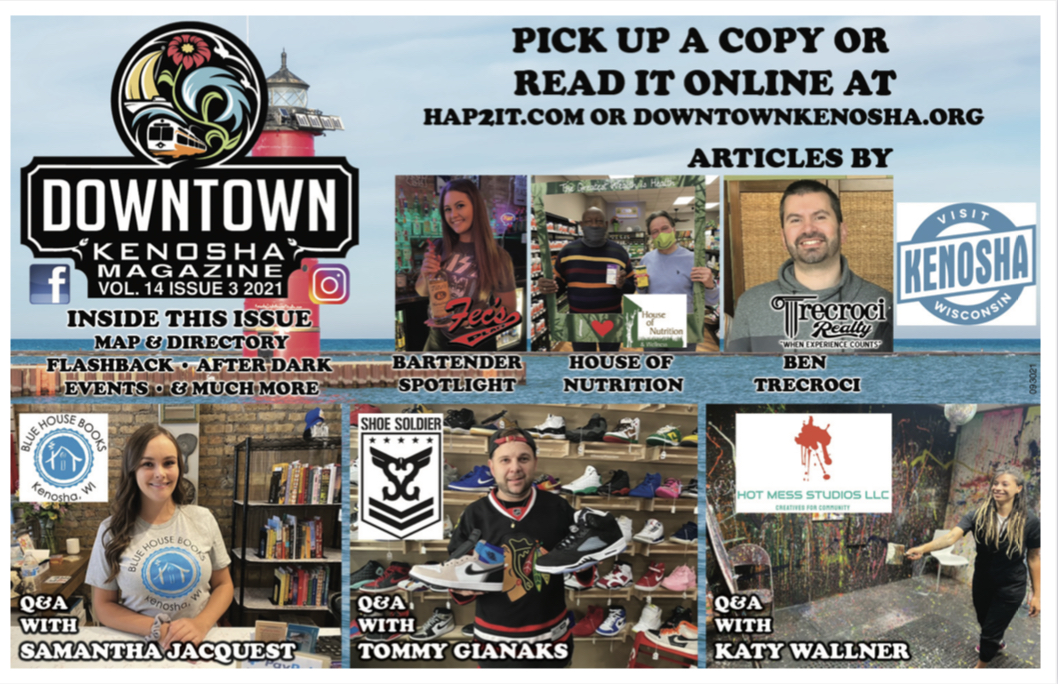 Most people want what’s best for Carl, a wild turkey who hasmade his home in an urban environment, nobody placed him there. This is nothing new to many cities but Kenosha is simply not accustomed to it. False complaints and reports have come in that Carl is aggressive, is “tame” and approaches people, and that he sleeps in the street. None of those claims have been true. Carl stands out because he lives in a community instead of a wooded area. He patrols the neighborhood looking for food and sleeps in a tree. Unlike most wild turkeys, Carl does not travel with a flock. With most loner wild turkeys, it is often believed that they were kicked out of their flock for various reasons.

Some members of the community are concerned about Carl’s fame, all too often people can be seen stopping to see him and trespassing for a better look. Carl has at least two Facebook groups where people can share experiences, alerts, and to help educate others on what to do if they see Carl.

Urban turkeys in many states have become acclimated to the presence of humans, but they are not tame. Carl is no different. He does not approach people and will flee if he is approached. On Halloween there were groups of people all around and at one point Carl was nearly cornered from where he was lounging on a lawn. As a big group of teens came closer he looked for a way out and ventured across the street. This past summer there were incidents of people following him and one teen harassing him by chasing him back and forth into the street. Carl fled each time.

But what’s all the hype about? What’s so important about a turkey? Carl is unique to the city. He oozes with personality as he patrols the neighborhood foraging for food, bobbing his head and making a variety sounds, such as a cooing, the well-known gobble, and many others. People of all ages enjoy Carl and his antics. A whole community finds Carl to be distracting in a good way even if he disrupted their day. Kids squeal with delight as they catch a glimpse of him. Carl knows no politics, and with all the division in this world now Carl seems to make people forget about all that, even if only temporarily. 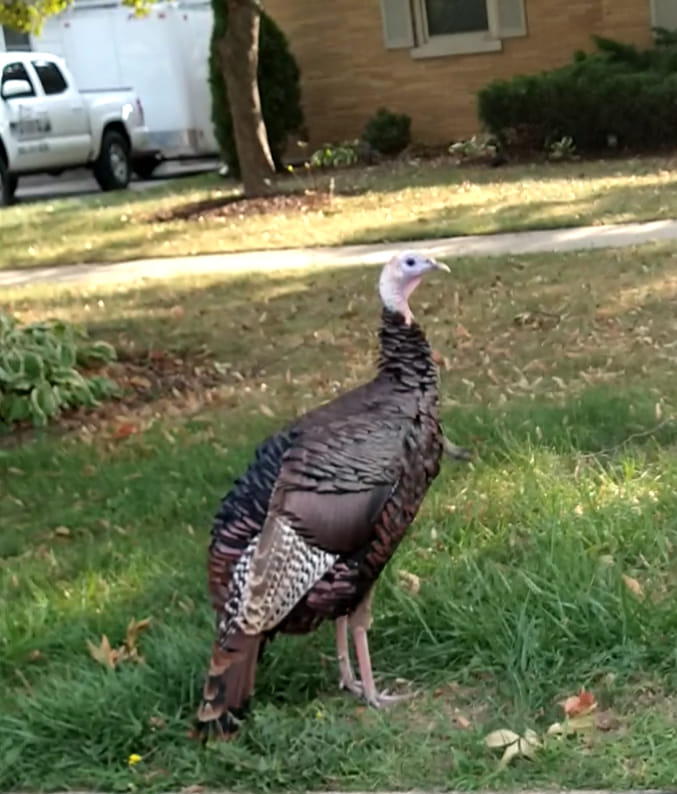 What does Carl represent to many in the city?

– Jody Peden who lives nearby Forest Park says, “Carl is one of the very rare things we all seem to come together over these days. He brings smiles to the young and the old alike.”

– Diane Edwards Sato states, “I love how Carl has brought a community together! We all love him for no reason then just a smile and feeling happing that we all care for him. He really acts like he knows it to! How he struts around like no body better touch me! Lol he make everyone’s day!”

– C.M.A. Latinen from Kenosha offered his thoughts on Carl, “Long a symbol of giving thanks, our resident turkey is a daily reminder to live a life of gratitude in addition to serving as a source of joy and unity to an ever expanding fanbase. Carl is loved!!”

– Kathy Conforti writes, “Carl has no agenda. Doesn’t need to prove anything or make a point. He’s just free to roam as he pleases and in doing so he lights up my life.” Jeana Batassa of Forest Park, “When I see Carl out there strutting his stuff every morning, I can’t help but crack up!! He starts my day out with a smile.” 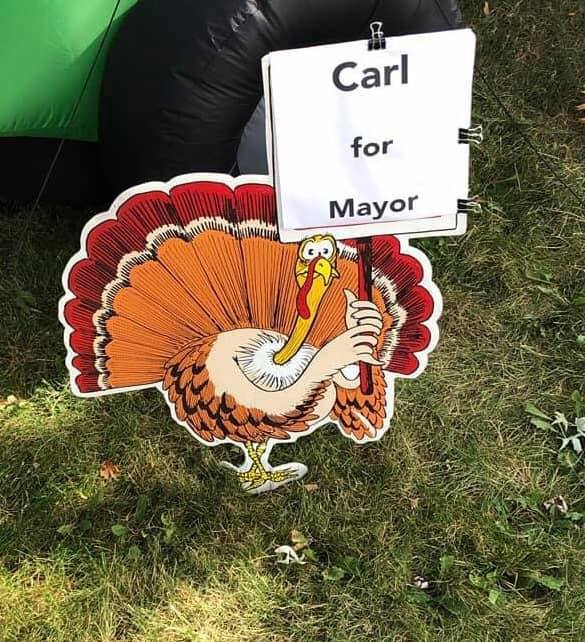 Some tips for ensuring a safe experience with Carl the Wild Turkey:

– If you happen to see Carl on the side of the road and want pictures or video, pull your car up about a block away and park. Do not park in front or too near him as that will draw him out into the road which puts him and others drivers at risk. You can get out of your car and walk a little ways towards him to take pictures or video but try to not get too close as he will start moving, often into the street.

– If you see Carl in the street already and want to help, make sure you park away from the situation and approach him from the street towards the curb. Tell the driver to not move until you give them the go-ahead. Gently walk towards him and herd him to the curb, he may try going another way as he can be crafty but persistence usually pays off. When he’s clear of the road, stop, standby, and tell the driver to go. If you herd him to the curb and keep following he may go back into the street.

– Do not use loud sounds of any kind as that will stress Carl, no horns, you yelling, no sirens. Clapping hands tends to aggravate Carl. Only follow Carl until he starts moving away and go slowly, stopping when he’s safe on the curb.

– Some neighbors have tried using spray bottles filled with water and at least one resident has had success with a green laser pointer in redirecting Carl. 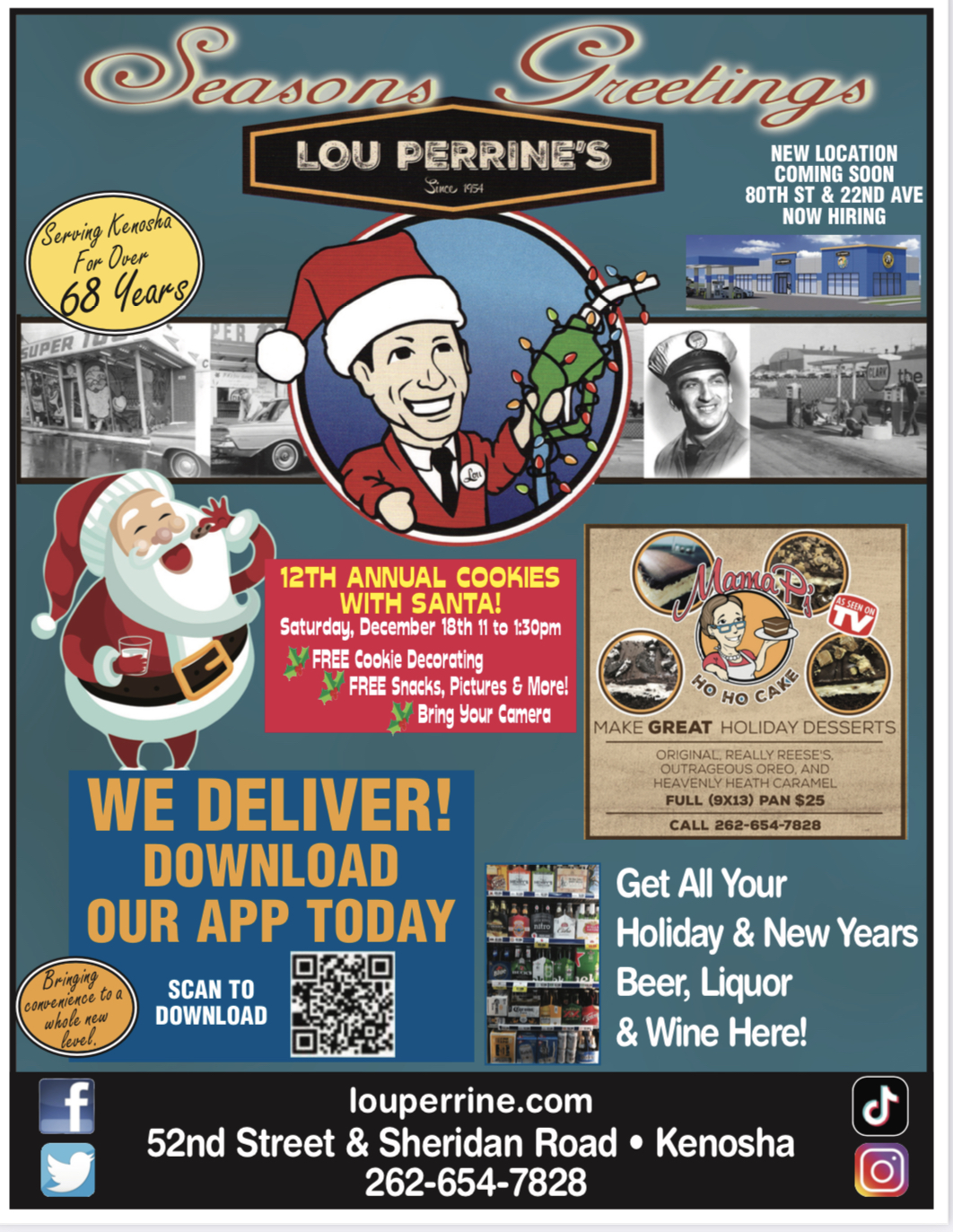 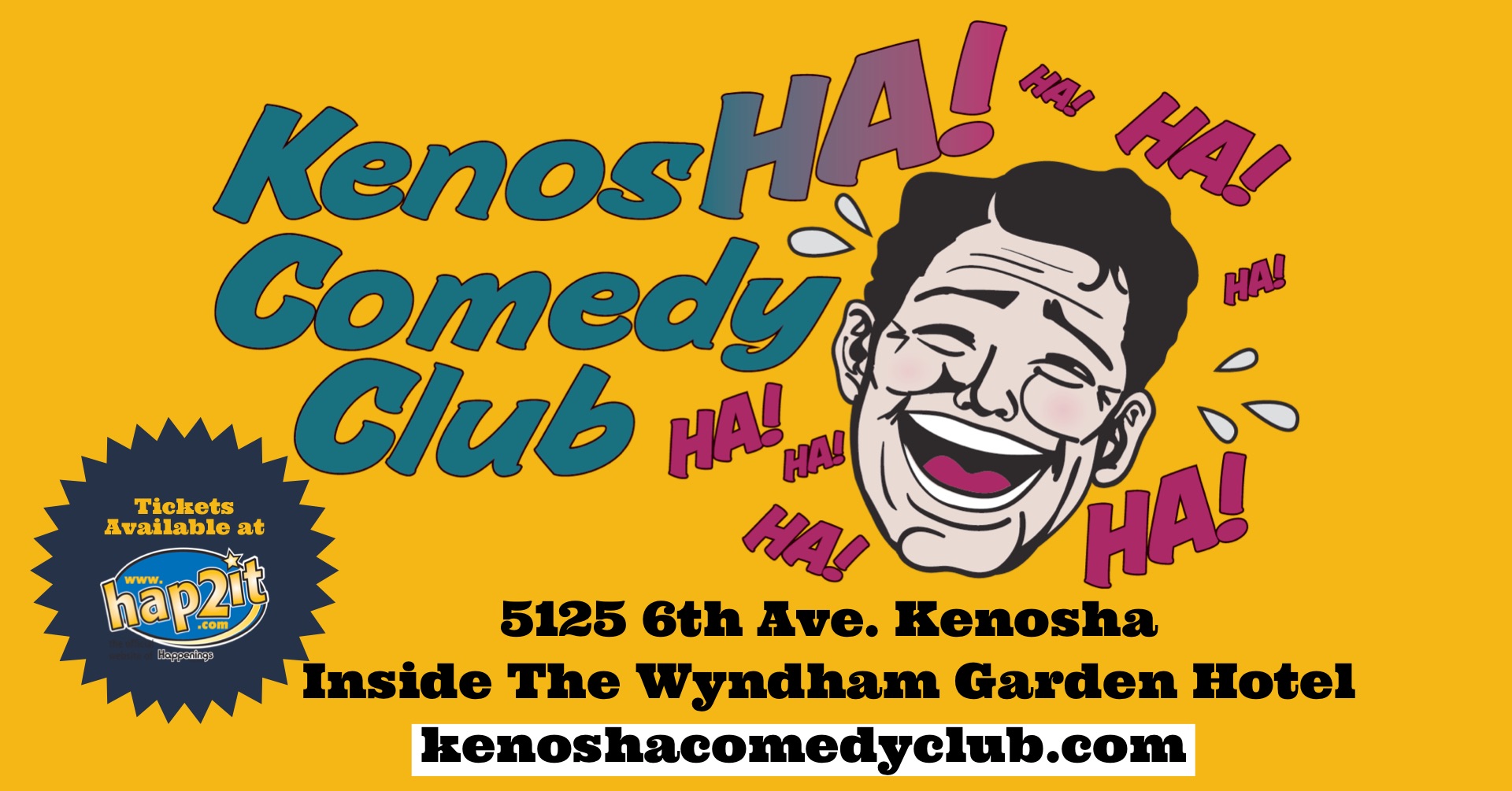